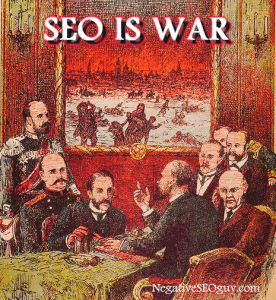 I’m going to explain why I think negative seo services are actually a great thing, but first, let me share my rationale for writing this post: I’m reading more and more blog posts these days by people in the inbound marketing business about how negative SEO services are either unfair or a waste of time.

I can usually tell whether the person really knows what they’re talking about within the first couple paragraphs.

More often than not, they are just regurgitating the same old pabulum that they’ve read on other SEO blogs because they are writing to show that they are part of the guild.

This is why there is so little innovation in this industry, because when the goal is consensus, it turns people into parrots.

It reminds me of a child who hasn’t learned to think for themselves and so takes the easy road by deferring to everything a more popular classmate says/thinks/believes. Tragic, really.

Thus far in life I have learned that it is absolutely fine to defend an unpopular opinion. In fact, whole philosophical movements, such as deconstructionism, make it their business to call into question anything that people assume to be a certainty. So when a majority of people start thinking the same way, repeating one another, quoting some SEO guru they’ve never met who knows all, I become a bit skeptical. That’s just me, perhaps. I like to cut against the grain. Nonetheless, in keeping with my iconoclastic bent, I’m going to share several reasons why I think negative seo is getting a bad rap.

First, the human condition is so broad that it is impossible to suggest that all forms of negative seo are somehow, inherently wrong. In other words, most of what we do as a negative SEO company is to help clients who are affected, no, haunted, by a website or a blog post that is damaging their reputation. Let that sink in for a second before you judge.

Think about it, you were like any other guy/girl out there in your 20’s, and one night, you made a mistake, and now your boss or your kids are just one mouse click away from your mugshot. Would you honestly blame someone for attempting to clean up their personal life online? Why is it anybody’s business what you did years ago?

We would like to think that all people have a reasonable expectation of privacy. At least the EU thinks so. So, in circumstances like this, we feel that people have every right to exercise their freedom of speech by fighting back to defend their privacy. The people who destroyed your reputation certainly exercised their freedom to harm your future, so why should you feel bad about protecting it?

Next, let’s consider another scenario: A physician’s practice is under attack by his or her competitor. The doctor has slaved away for years to graduate from medical school, they made huge personal and financial sacrifices along the way, and when most of their friends were having a nice quiet dinner out or tucking their kids into bed, they were saving someone from the jaws of death.

This kind of commitment and discipline eventually allowed them to build up a reputation in the community and to enjoy a healthy practice, but then, they come to discover that their competitor is posting horrible (and untrue!) things about them on every review website they can find. Soon, the phone stops ringing as often, people in the community begin to whisper, and the practice all but dries up. What is one to do? Simply allow the abuse to continue? No, in cases like this, negative seo is more akin to self-defense than anything else. 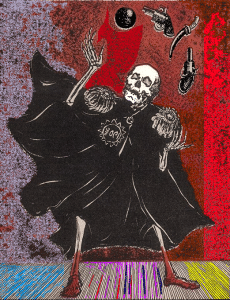 Lastly, imagine a business that has slowly been rising in the SERPs until, one day, it is outpaced by another site that looks eerily familiar. It is later discovered that the guy who built the website for this business, just tweaked it a bit, replaced some headers and text, and went into business selling the same product or service. Believe me, it happens more than you think.

Moreover, the web guy is now running down his former client’s business by posting phony reviews online, even taking a swipe at the guy’s family who helps run the business by calling the employees ‘rude’, ‘slow’ and ‘a pain to work with’. Would you, the reader, really take the high ground and just allow your business to go down the tubes?

At this juncture, we offer clients our positive seo campaigns as well, and find that those who feel uneasy about fighting back directly, are often more than satisfied when we help them outmaneuver their nemesis.

Defending negative SEO services as a reflection of historical events

Before I sign off, let me ask you to do a quick thought experiment. Of the people whom history most admires, how many were the kind of person who just went with the flow? Very few, in fact. Now, think about your country…when your forefathers saw an injustice in the world, did they simply sit by and let it happen? No, nations, borders, personal rights and even history itself are all shaped by people with enough steel in their spine to stand up and fight back.

What does a nation do when it is under attack? Sit back and send love letters to its aggressor? Does it allow invaders to storm its beaches, steal its resources, and destroy its industry and way of life? Just like a rocket can either carry astronauts or a warhead, SEO is multi-functional and can be used as an offensive and defensive measure in the competitive landscape of online commerce.

I would like to think that our little negative SEO company is made up of people who are smart enough to think for themselves…we are not here to follow the bland and predictable opinions of self-appointed SEO gurus who denounce negative SEO services as a gratuitous misuse of technology. Quite the contrary. We put ourselves in the shoes of actual people whose real-life scenarios we read on a daily basis, and we (and they) go to bed every night knowing that there are times in the real world when might does in fact, make right.

If you need help…contact us or order below…we’re on your side.